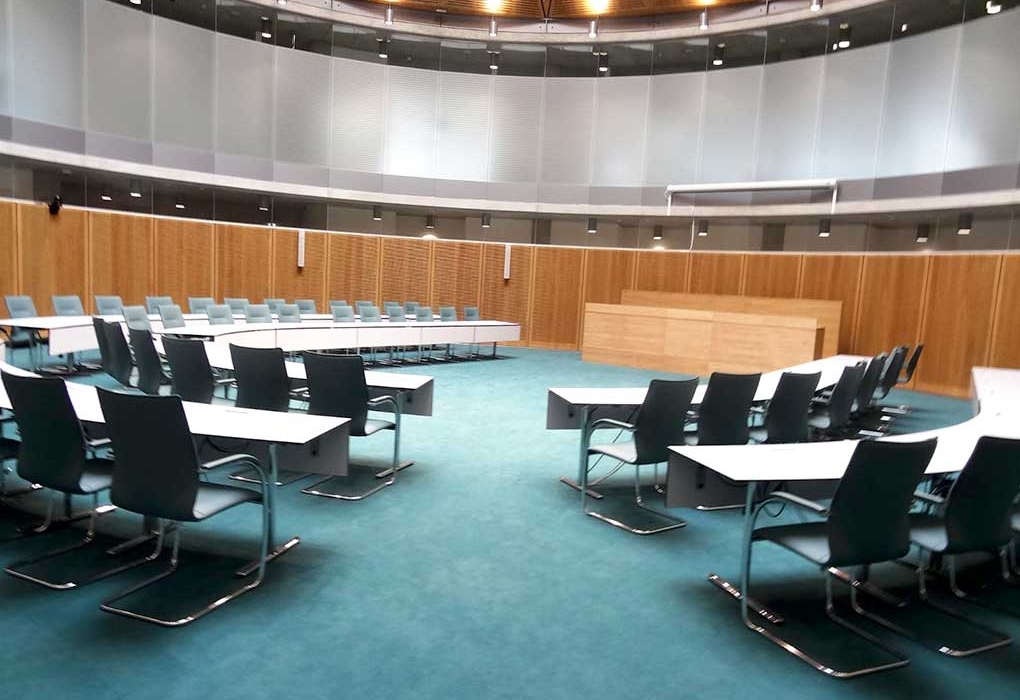 Brent Civic Centre required privacy manifestation that would tie in with the rest of its surroundings within its community hall in Wembley. Bonwyke Design were approached by WRR UK to come and survey the new civic centre designed by Hopkins Architects, situated next to two iconic structures; Wembley Stadium and Wembley Arena.

The community hall is housed within a circular drum, clad with timber fins. The idea was to mimc this design in to the manifestation. However, upon visiting site, we realised that this design would not tie in with its intended space. We proposed the idea of incorporating the visual appearance of the acoustic panels which would look consistent throughout the hall. The client was thrilled with this suggestion.

As there would be a lot of downward lighting which would skim across the surface of the manifestation, we suggested using a frosted film but infused with metallic fleck. We believed this would really take advantage of the lighting and stand out as a more prominent feature.

As opposed to just being privacy manifestation, the final piece resulted in a design that has unquestionably added value to the appearance of the hall. 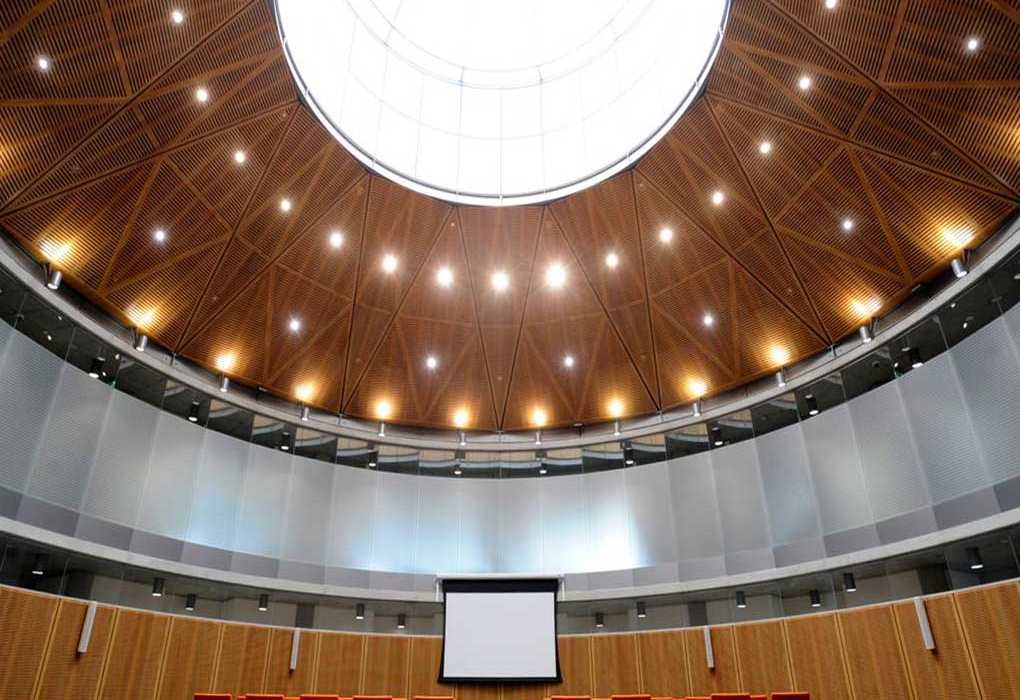 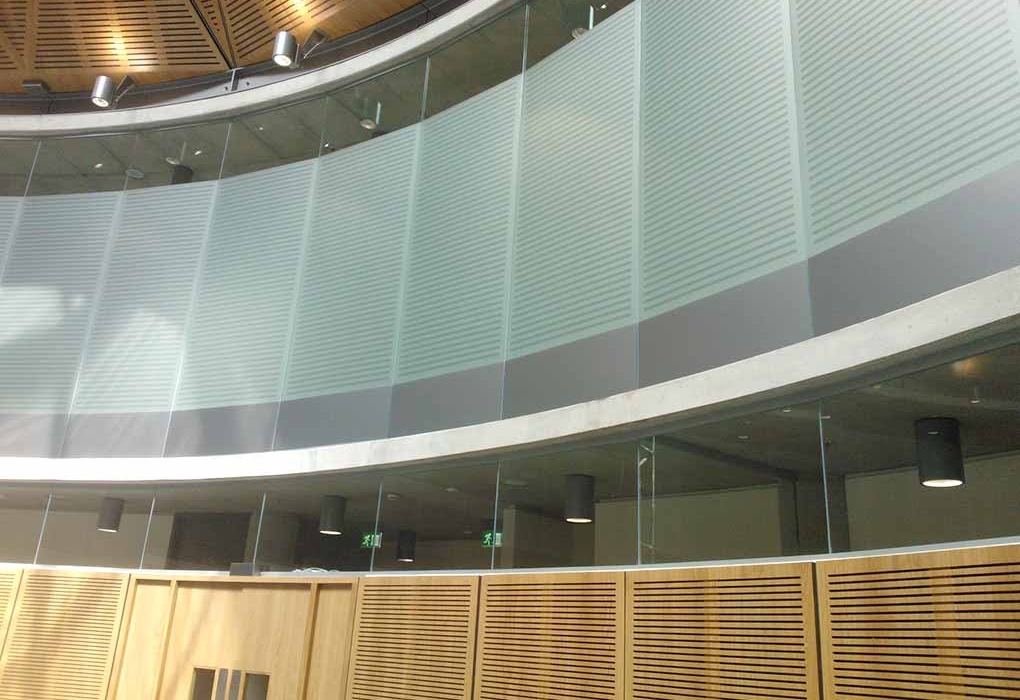 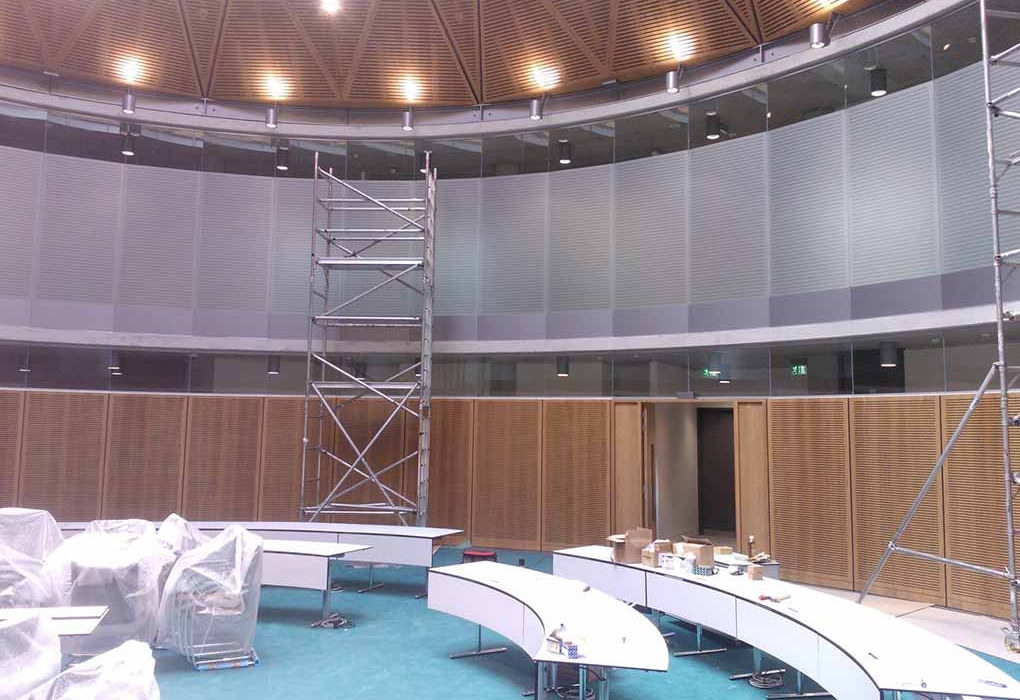 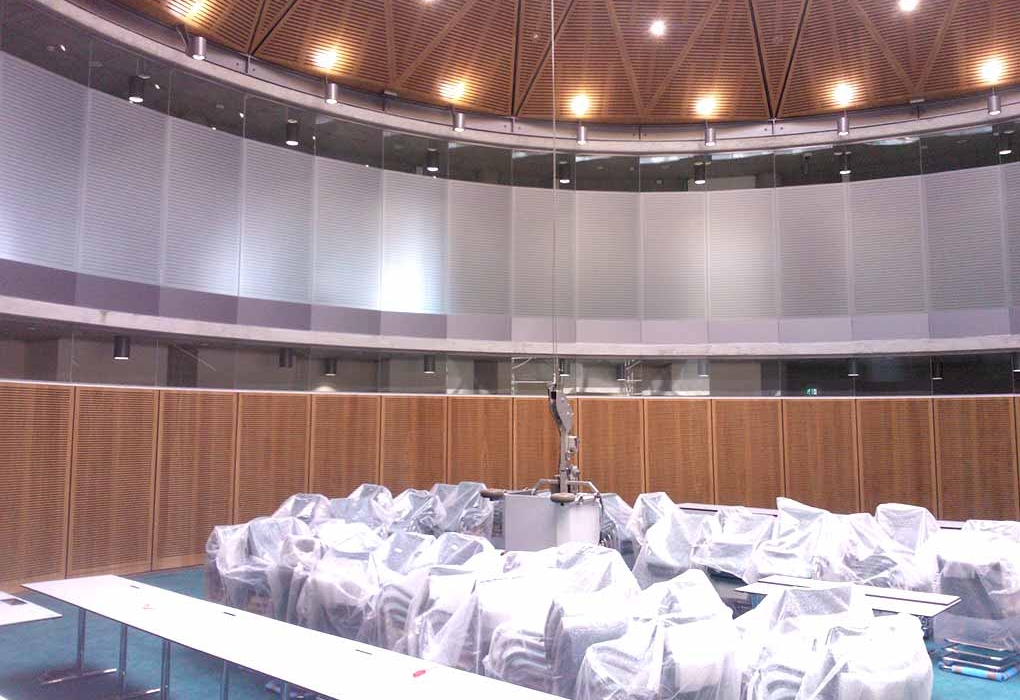 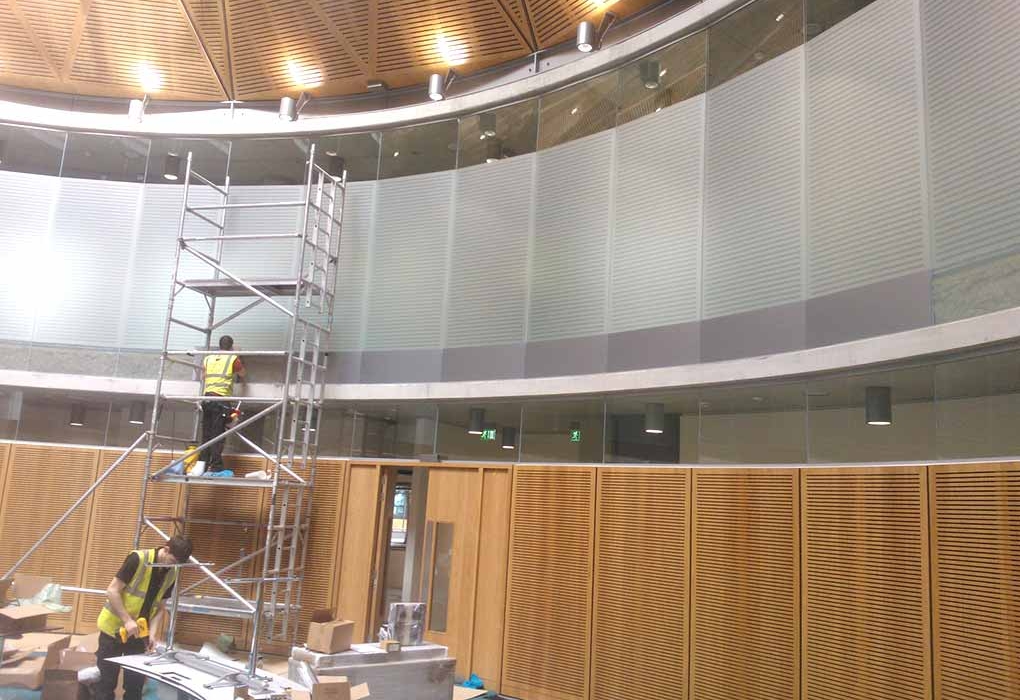 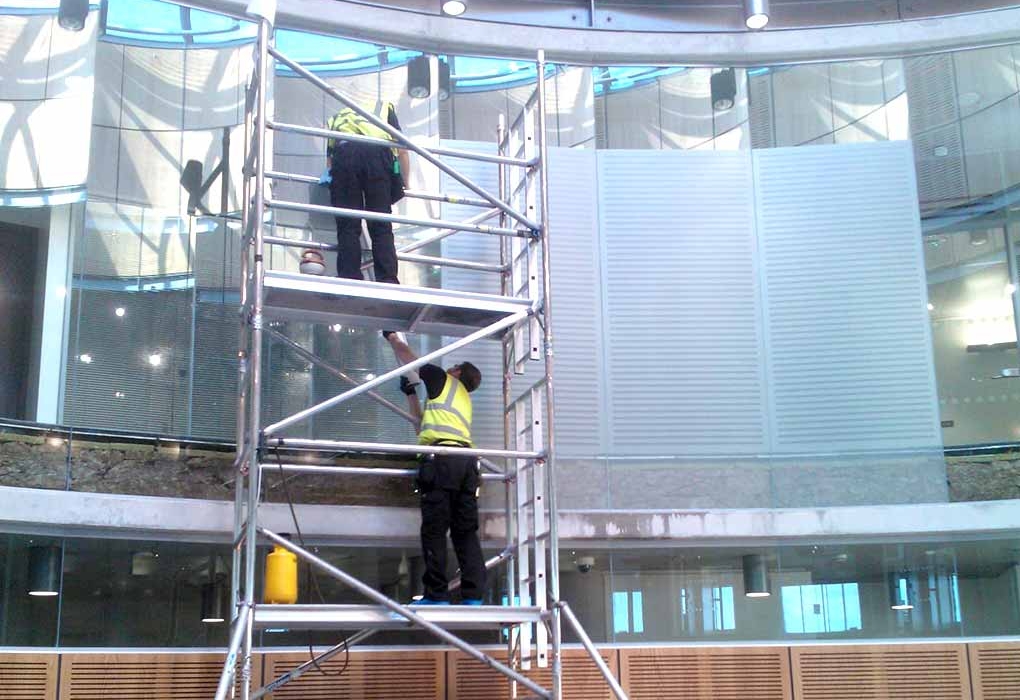