“A well executed installation, especially with the time frame that you had to work to.“ 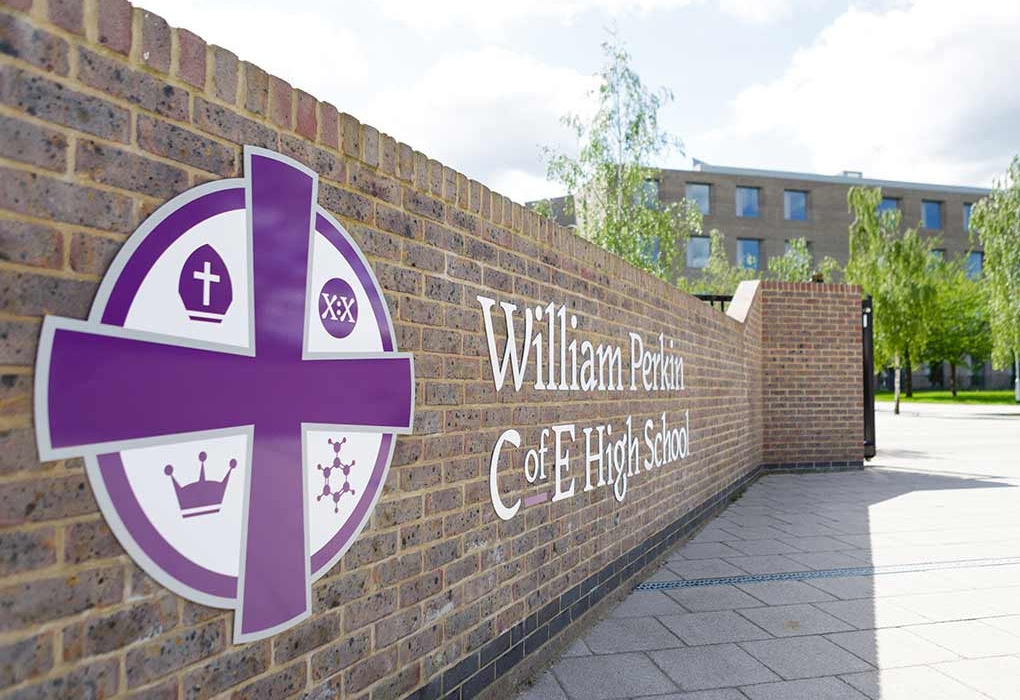 Working alongside RAW Unlimited and Kier, Bonwyke Design were tasked with the role of plastering William Perkin High School with pleasing designs. During our initial design meeting, it was established that only the right production techniques could be used to deliver the effect that the school were after.

The design brief determined what approach was needed to accomplish the desired effect. The school’s idea was to use the theme of ‘forest’ which had a connection to the run of trees alongside the A40 close to the institute.

The job was completed in four stages which reflected the theme for each floor at the school; these were ground, rise, stretch and view. Each floor was characterised by different elements you’d expect to see in a forest.

Print methods of using a combination of CMYK + White ink in one pass were used to achieve some of the desired effects. This is quite an unconventional technique which many printers are not capable of performing.

The majority of the project were designs for the glass features which involved full height intricate designs. DDA dots were also used on a lot of the glass that incorporated icons from the design brief. 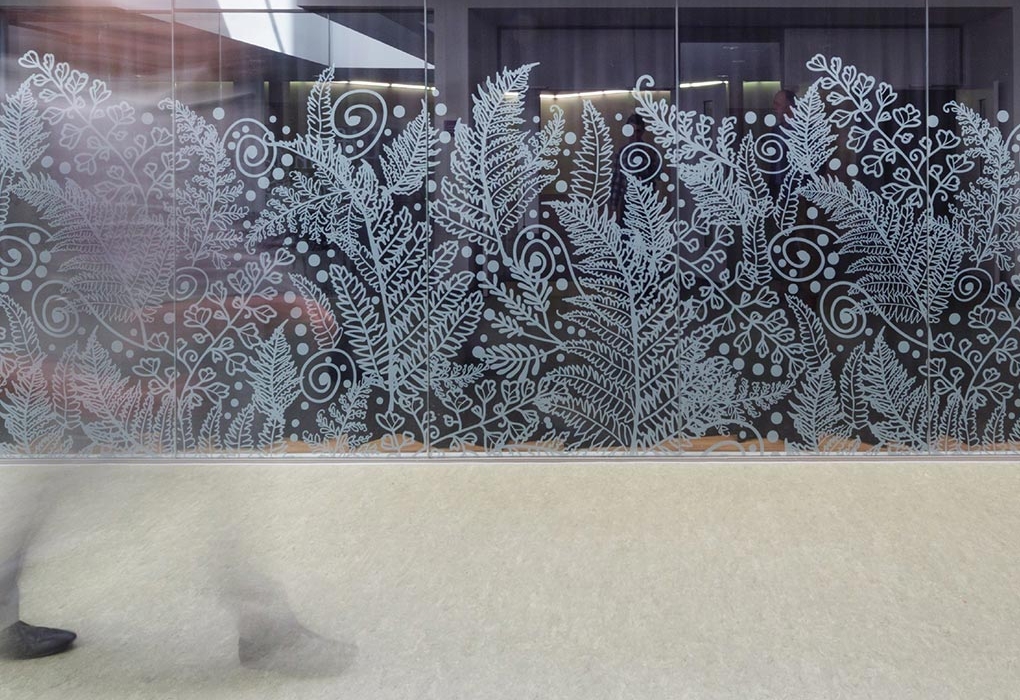 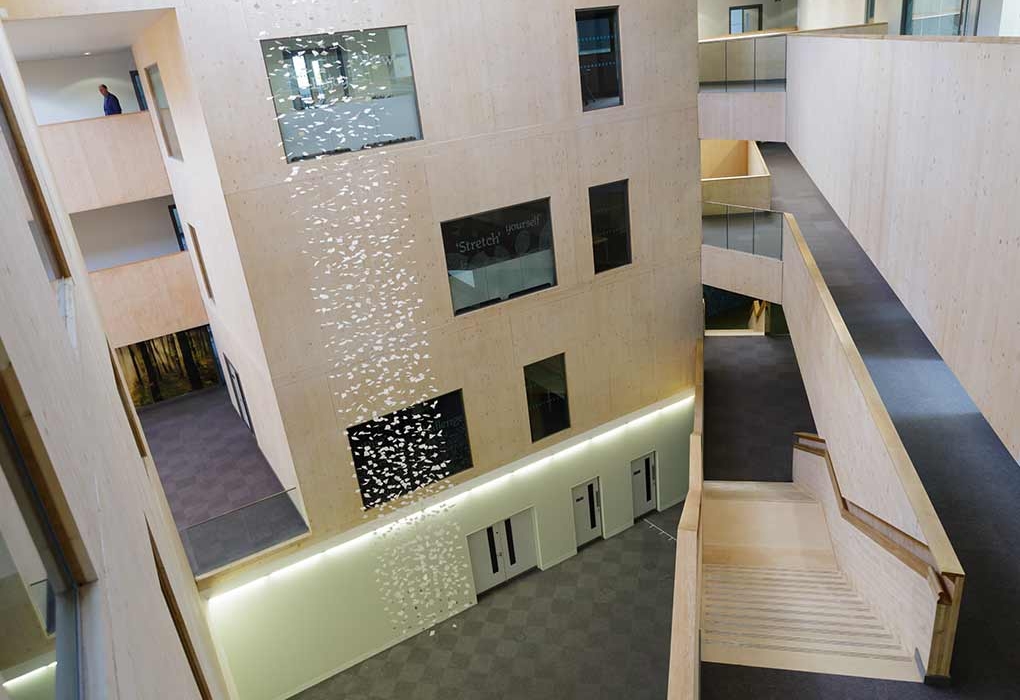 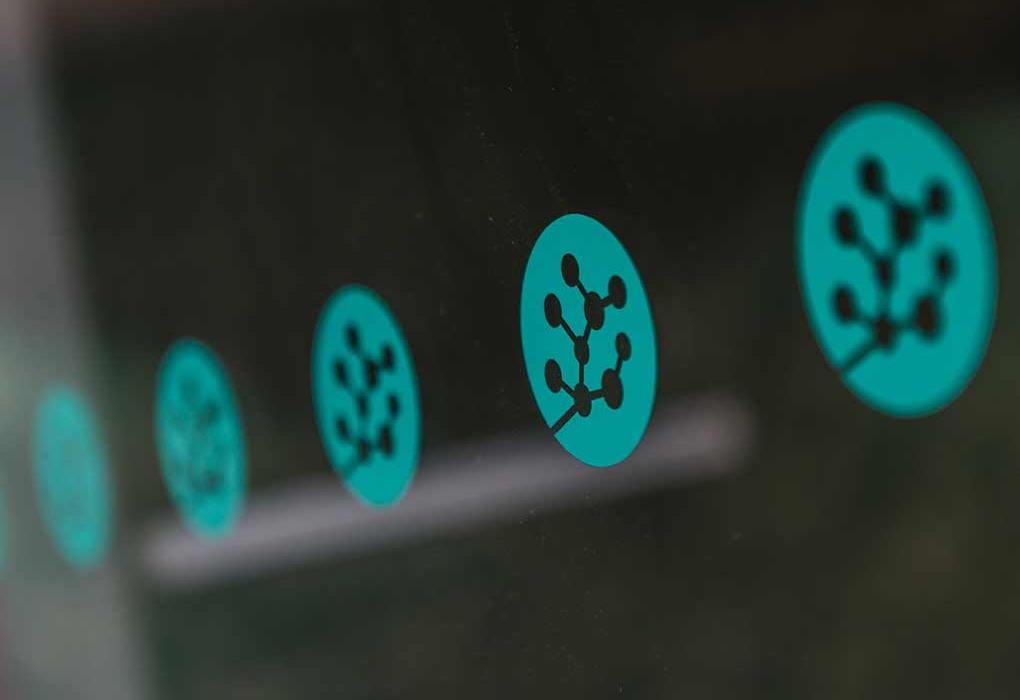 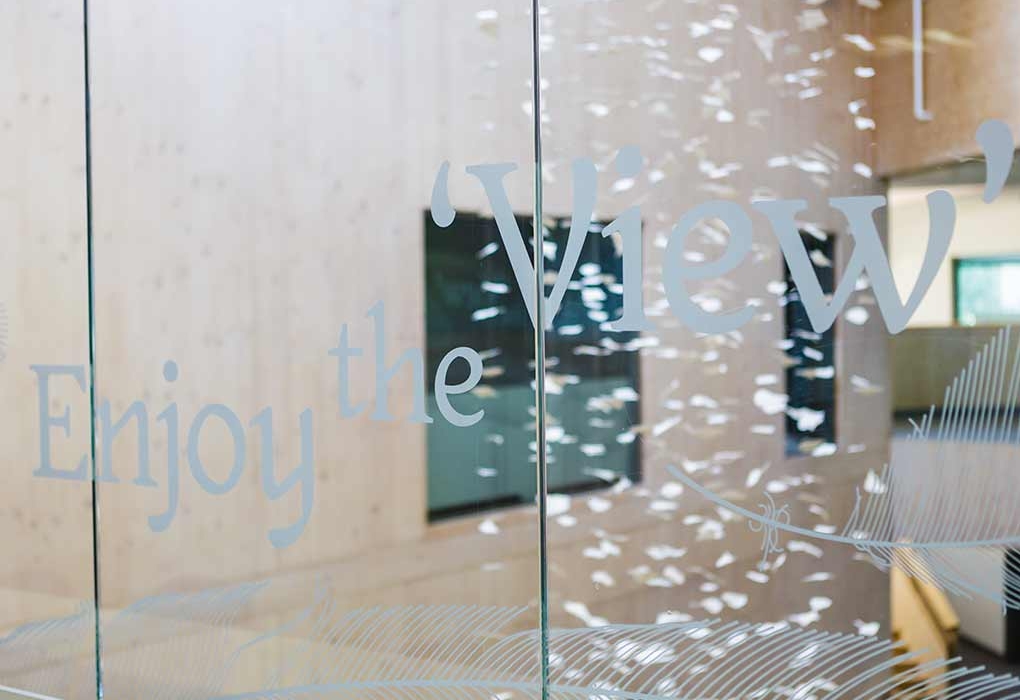 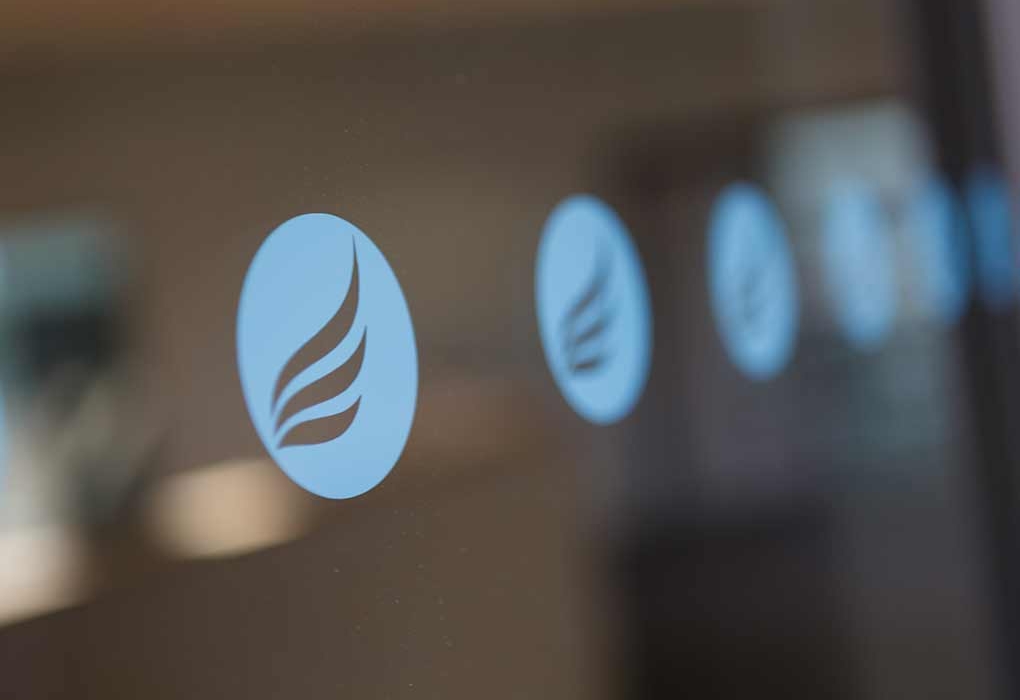 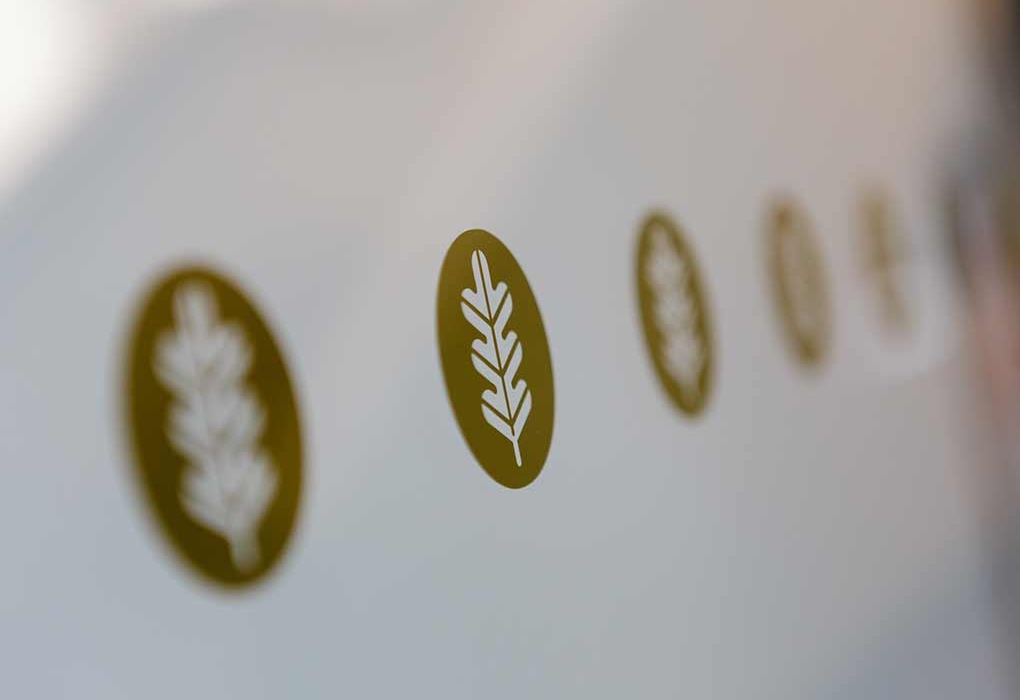 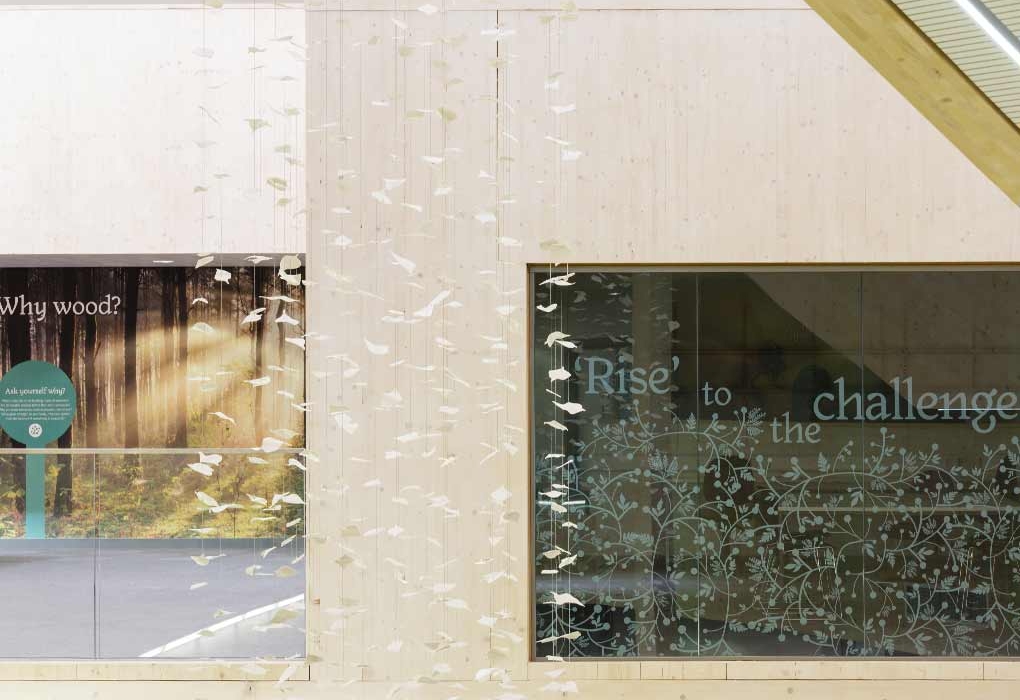